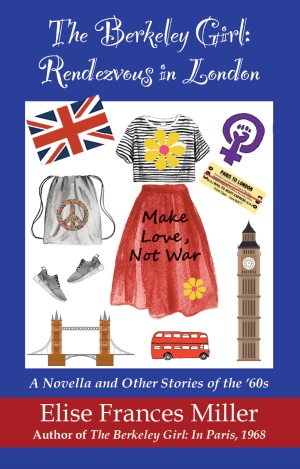 For the London sequel to Janet and Aaron’s journey, once again I made use of numerous libraries and antiquarian bookstores. My research discoveries included books,  pamphlets, brochures, monographs and journals. In addition, I was able to find out-of-print sources and unique and diverse opinions by spending many hours scanning and reading articles on the Internet. In recent years, writers, journalists and university scholars have become interested in the 1960s, and in second wave feminism in particular. Some of these Internet links are included below.

A note on the story, “The View from Pond Hill Farm”: During the period of writing this story, I was researching my own family history. The results of that genealogical research were written up for my relations in a nonfiction book called From the Pale of Settlement to the American Midwest, The Story of the Kantor and Greenberg Families. This history includes sections about my great-grandfather’s dream of owning a farm, and about farm life in the late 19th and early 20th centuries in the Midwest.

Below is a partial list – selected readings that I would recommend if you would like to pursue these subjects. For a more complete bibliography, please email me at elisefmiller68 at gmail dot com.

For Suggested Readings on The Berkeley Girl, in Paris, 1968 and the Paris May Revolution, please scroll down below this list.

Levin, Bernard, The Pendulum Years: Britain in the Sixties, 2003.

Miles, Barry, London Calling: A Countercultural History of London since 1945, 2010.

Feminism in Great Britain and the United States

The United States in the 1960s

My research, how it began and what I discovered

Note: This explanation and reading list were written in 2012, with the publication of A Time to Cast Away Stones, the initial release of this novel by Sand Hill Review Press. 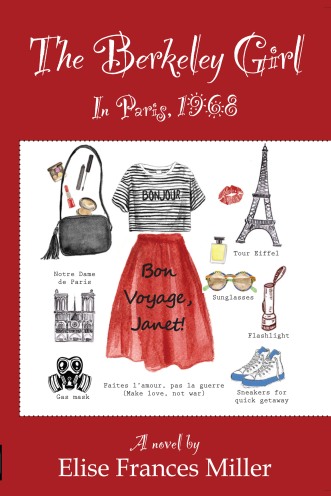 My book, The Berkeley Girl (formerly titled A Time to Cast Away Stones) now available on Kindle.

In 1995, my mother found a cache of letters that I had written during my college years. Among them were what amounted to a 50-page, typed single-spaced “diary,” all written on crackling thin onion skin stationery or aerograms, that I had sent to my parents from Europe in 1968. Re-reading those letters, my interest re-ignited in the American civil rights and anti-war movements and concurrent European protests. I obtained my alumni library card from UC Berkeley, scoured newspaper and magazine clippings on microfiche, and haunted libraries and  antiquarian bookstores, often the only source for out-of-print materials. My research discoveries included the pamphlets, brochures, monographs and journals displayed by radical tablers from Sproul Plaza to the Sorbonne Courtyard. By the new millennium, the Internet became a tremendous addition to my sources. Finally, after sending my grown children on “missions” during their post-college European trips, to seek answers to specific questions, I was able to conduct my own investigations in Prague (1999) and Paris (2000 and 2004).

Below is a partial list – selected readings that I would recommend if you would like to pursue the subject. If you would like a more complete bibliography, please email me at elisefmiller68 at gmail dot com.

Although I found many nonfiction accounts of events, there was little fiction (noted below in bold type). The enlightenment and freedom of following fictional characters, especially the very young characters known to be involved in the events of their day, was missing. Ferlinghetti, Jones, Neville, Kundera, and later Roth—all producing wonderful fictional accounts—featured the point of view of characters well beyond their college years.

Note: Fiction readings are in bold.

The Tales of Hoffman, Edited from the official transcript by Mark L. Levine, George C. McNamee and Daniel Greenberg, 1970

CAW, Magazine of Students for A Democratic Society, No. 3 Fall Issue, Devoted to the Battle of France, 1968.

Feenberg, Andrew and Freedman, Jim, When Poetry Ruled the Streets, The French May Events of 1968, State University of New York Press, 2001.

Ferlinghetti, Lawrence, Love in the Days of Rage, 1988.

Spender, Stephen, The Year of the Young Rebels, 1968; Journals, The Thirties and After.