Why I keep returning to stories about the 60s – blog hop

Posted on July 21, 2014 by elisefrancesmiller

Carole Bumpus caught me when we met at the Belmont post office to sort out CWC SF-Peninsula branch membership renewals, due beginning this month. We have enjoyed working together these past two years as membership chair (me) and treasurer (lucky for CWC, Carole), while we swapped anecdotes relating to family, writing and life. I had never heard of a blog hop, but being a Boomers chronicler, I naturally thought of the Bunny Hop we used to do at dances and parties (sorry, Audrey Kalman, no mammalian associations, unless you include Boomer mammals). 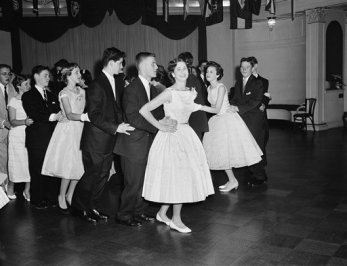 Following the release of my novel,A Time to Cast Away Stones(Sand Hill Review Press, 2012), set in Berkeley and Paris in 1968, I was simply bowled over by messages from readers from more than one generation who communicated with me about how much my book meant to them, often confiding in unexpected ways.

But I found myself writing and re-writing in essay or epistolary form what I had already expressed in a novel that took me years to complete! When an intense year of marketing wound down, I wanted to turn my back on the ’60s for a while. Read on to find out how I’ve found new writing energy for the 60s! 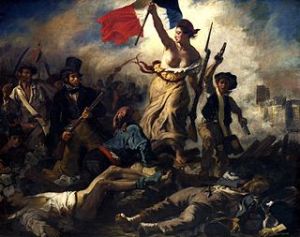 Since last year, then, I have been researching how two branches of my family came to have unusual experiences in the process of immigrating to the U.S. in the nineteenth century. I thought their stories would expose how much our problems and our values have changed, for better and for worse, since my grandparents were the “youth” driving my great-grandparents crazy.

My plan was to finish the research, choose one branch, and write an historical novel based on what I had learned. I joined the Historical Novel Society, Northern California chapter, and found their meetings and knowing other historical novelists helpful and inspiring. I also discovered how much work is involved in learning the details and background about an era—how the world looked, sounded, tasted and engaged each individual emotionally.

I have not given up on this project, but while I dive into the research, I keep having this wild need to write something. I’ve tried twice to write short nineteenth century pieces, but I am not ready with those vital descriptive details. So, I have reverted to writing about the 1950’s, ’60s, and ’70s, the decades I know best (granted, to some, this would be “historical fiction”!).

Times They Were A-Changing

Then, last month I helped Darlene Frank to organize a program for the Literary Arts Stage at the San Mateo County Fair, and moderated the panel discussion on writing about the 60s. All but one woman on the panel had contributed to Times They Were A-Changing: Women Remember the ’60s and ’70s (She Writes Press, 2013), and all of us had written and published material, fiction and nonfiction, about that era. That wonderful evening, I was reminded again about how much I still have to say about those years. You can read my two new short stories, one which takes place in the 1950s, in the upcoming California Writers Club publication, Fault Zone: Diverge (2014). A third story takes a 1960’s Depression-era mother’s point of view when her daughter’s hippie wedding plans mangle her lifelong dreams.

I don’t actually see too much fiction about the ’60s. I have written only one memoir, published in Times They Were A-Changing…” The rest of my work is well-researched fiction, in which real events, personalities, locales, and cultural aspects play a significant role in altering the lives of fictional characters. I can inject more humor and drama in this format, impart a relatively accurate history, and tell a good story. I admire the many others who manage to do this in a memoir. They must have had more exciting lives than I did—and they must have been more aware and informed when they were young!

This month, I’ve been reeling from one news catastrophe after another. Are you going through “overload” like I am? There are always plenty of wars and devastating human injustices to keep us on the edge, but this summer both the number and horror factor of the news stories seems to have intensified.

I write about the 1960s because I feel that the era’s image has been tarnished by all the media hype in the intervening years. Our youthful idealism has been blamed for all of the world’s current woes, when in truth, we inherited terrible problems from that self-proclaimed “greatest generation” – and just could not solve them all. But at least we tried, and we did manage to change plenty, especially by expanding the scope of public and private conversations. My goal is to reflect what life was like for both men and women in those years, and to reveal not only the motivations for action but the way individual lives (and loves!) were changed by the results.

A Time to Cast Away Stones is about one young woman’s hatred of war and yearning for a peaceful world. My memoir in Time They Were A-Changing…” also portrays an awakening to the value of civic action. If my novel and stories have encouraged readers to speak out publicly for a cause, to work in direct service to individuals in need, to add mind and hands to a civic organization, or simply to become an informed voter, then I have accomplished what I have set out to do. Especially if along the way, readers have had a few hours of a well-written story.

If I possibly can, I write every morning, sitting at my computer, but often pausing to stare out on the backyard garden and the deer who graze above our deck. I like to start with research, as I’ve said, always vowing to wait until it is complete before I begin to write. And then I break my vow, because first, when I break into my research to write, I become aware of just what I need to learn when I go back online or to the library. And more importantly, I break my vow because I love the writing, inventing scene and character and imagery. To me, it really is more fun than the Bunny Hop at the best of parties.

uld like to introduce your next blogger, Jessica Rosenberg, author of the popular Aloha Also Means Goodbye (2014). We will hop to her blog soon – check back here or on my Facebook page! We share our terrific publisher at Sand Hill Review Press.